Parkinson’s Disease  (PD) is a common neurodegenerative disease that attacks the neurons in the part of the brain that is in charge of motor control. Approximately 60,000 Americans are diagnosed with PD each year. More than 10 million people worldwide are living with PD. The incidence of Parkinson’s disease increases with age, but an estimated four percent of people with PD are diagnosed before age 50. Common signs and symptoms of PD are impaired walking, loss of balance, poor postural control, bradykinesia, and tremors. The latest research from Stoker TB, Barker RA..discusses the studies of treatment for those affected by Parkinson’s disease. In this summary, we’ll be discussing the most recent advances and options like deep brain stimulation, drug repurposing, immunotherapy, and other regenerative treatments.

DBS (Deep brain stimulation) is a common treatment utilized in Parkinson’s Disease that helps in treating intensive motor symptoms such as consistent hand or leg tremors when the use of levodopa produces problematic side effects. l-DOPA, also known as levodopa and l-3,4-dihydroxyphenylalanine, is an amino acid that is made and used as part of the normal biology of humans, as well as some animals and plants.  There is a great treatment option of which I got to actually go into the four operating rooms at The Cleveland Clinic to scrub in and witness the latest state-of-the-art DBS surgery. During this surgery, there is the implantation of electrodes designed to stimulate subcortical structures like the globus pallidus internus and subthalamic nucleus. It’s widely known to be extremely helpful for successfully improving motor (tremor-like) symptoms in PD patients.  Although there have been acknowledged surgical complications and neuropsychiatric adverse effects and other cognitive issues, the latest advances in DBS revolve around targeting different regions and refining intraoperative imaging techniques to improve clinical applicability and lessen the influence of the adverse effects. There are specific regions being targeted that include the pedunculopontine nucleus to address the gait problems seen in Parkinson’s Disease. Thoracic spinal cord stimulation, basal forebrain, and substantia nigra reticularis are also other regions for stimulation because of their effects on cognitive deficits, axial symptoms, and freezing episodes seen in patients with advanced Parkinson’s Disease.

These clinical trials held at the leading medical research facilities are still ongoing but show great promise. Adaptive Deep Brain Stimulation is another one of the latest advancements where the stimulation is adjusted depending on the response to the physiological signals in hopes to limit adverse effects, improve clinical response, and reduce requirements for battery changes and costs. A newer non-invasive Deep Brain Stimulation technique is also being looked into to avoid the need for neurosurgery and risks. Along with the others, the results and impact for long-term efficacy are still ongoing. As I witnessed this firsthand in surgery, DBS was life-changing for these patients.

Parkinson’s Disease has shown the existence of abnormal aggregates of aS (alpha-synuclein) protein. Although it is not very clear the exact role of this protein in people with PD, it has been presumed that the mutations or duplications of this protein (alpha-synuclein) in cells can cause mechanisms like oxidative stress, mitochondrial dysfunction, perturbations in the lysosome-autophagy system, and dysfunction of the vesicular transport. Alpha-synuclein also allows a variety of pathologies to spread from cell to cell. Therapy treatments can reduce the levels of alpha-synuclein and in some cases have been shown to limit the progression of Parkinson’s Disease.

These brand new studies from Stoker TB, Barker RA. looked at using an antibody treatment that targets and degrades the extracellular alpha-synuclein which stops it from infecting neighboring cells. A newer approach is using ribonucleic acid or RNA interference and antisense oligonucleotide techniques to decrease its synthesis. Moreover, these studies are still in the clinical stages and need further research. One immunotherapy that has been studied heavily and shown to lessen the free serum of alpha-synuclein by approximately 97% is a humanized monoclonal antibody that targets the C-terminus of alpha-synuclein called Prothena. Another antibody being researched is called Biogen which targets the N-terminal portion of alpha-synuclein which has been shown to lessen the breeding of alpha synuclein and improve the motor phenotype in a Parkinson’s Disease simulated study on mice. This is also still under medical investigation in clinical trials. The use of immunotherapy is a compelling treatment to explore and still needs further investigation. Furthermore, the prospect of these antibodies to cross the blood-brain barrier and influence the divide of the alpha-synuclein to maintain homeostasis has shown great promise for clinical use. This is truly exciting and promising research!

Drug repurposing revolves around using drugs that reduce enzymes that promote pathologies or can have a progressive effect on implications by Parkinson’s Disease. Some drugs that have been used in research studies and clinical trials that are either ongoing or not started yet including Terazosin, Nilotinib, B-agonists, which are used for the reduction of the alpha-synuclein protein. N-acetylcysteine, ursodeoxycholic acid, and glutathione are used to stimulate mitochondria function while sargramostim and azathioprine are used for neuroinflammation. Other drugs have been heavily researched and are currently under investigation with one of the more promising drugs being glucagon-like-peptide 1. This drug is used for diabetes mellitus but has also been used for trials in PD patients and has been found to convey neuroprotective effects in the cells. Another drug that has been used in clinical trials is an ABL tyrosine kinase inhibitor, nilotinib used in the treatment of chronic myelogenous leukemia. Nilotinib greatly enhances autophagy activity which lessens the accumulation of alpha-synuclein protein aggregates. Terazosin, used in benign prostatic hypertrophy recently emerged for treatment for Parkinson’s Disease as well as ursodeoxycholic acid which is normally used to treat primary biliary cirrhosis have also been studied to be useful in treating Parkinson’s Disease. Drug repurposing has been widely studied throughout the world and researched for its beneficial effects on other conditions like Parkinson’s Disease. Some drugs are still being researched and currently undergoing clinical trials but have been promising as an option to slow the progression of Parkinson’s Disease.

Gene therapies have been considered to replace the function of the loss of dopaminergic neurons associated with Parkinson’s Disease patients. The focus is to restore dopaminergic tone in a physiological and more targeted manner which are now entering clinical trials. Tyrosine Hydroxylase is a gene required to produce the dopamine precursor levodopa which is converted to dopamine. The gene therapies involved in encoding these enzymes are currently undergoing extensive clinical trials. Another type of regenerative treatment is regenerative cell-based therapy which is an emerging approach that focuses on the replacement of dopamine to treat dopamine-dependent aspects of Parkinson’s Disease. Cell-grafting has been around since the 1980s, however, there are many obstacles regarding the supply of adequate tissue that prevents it from becoming a useful treatment. Stem cells are a treatment that offers a renewable source of dopaminergic progenitor cells that can be grafted into patients, which is underway in clinical trials at many of the leading medical research centers.

As I spend many of my nights and very early mornings perusing the latest research on Parkinson’s Disease, I find it so exciting that there are new treatments and options for hope and healing on the horizon. As this diagnosis hits very close to home with my most treasured mentor and my young brother-in-law, both of who have this condition, I made it my mission to curate an amazing evidence-based neurological reset program. As a practicing clinical scientist, I created a 12 week Parkinson Disease Boot camp, whereby I took the existing literature on PD and exercise, PD and BDNFs, PD and TaiChi, PD and Boxing therapies, and came up with a great evidence-based therapy program to help improve the everyday ADL function and lives of patients with PD. I have now had the pleasure of working successfully with hundreds of PD patients helping them regain a new sense of independence and wellbeing as they navigate their lives with this disease.

Going to a physiotherapy clinic goes far beyond just rehabilitation after an injury. Physiotherapy, better known as physical therapy, is a healthcare discipline that focuses on physical treatment and restoring mobility and the body’s...

END_OF_DOCUMENT_TOKEN_TO_BE_REPLACED

Back pain can be very common. It can range from mild pain to severe chronic pain. If managed correctly, recovery is possible. For back pain relief, physiotherapy is the best choice. Call Premier Therapy Solutions today...

END_OF_DOCUMENT_TOKEN_TO_BE_REPLACED

A serious injury sustained in a physical rehabilitation program can cause a patient to be unable to work for months or even years. Patients can benefit from aquatic therapy by following a few simple principles....

END_OF_DOCUMENT_TOKEN_TO_BE_REPLACED

Physical therapy is a great option for those who are recovering from injuries or suffering from chronic pain due to an old injury. Our mission as the top Boca Raton physical therapy provider is to...

END_OF_DOCUMENT_TOKEN_TO_BE_REPLACED

For this series of Root cause rehab medicine…Medical Detective Dr. Lisa Corsa from Premier Therapy Solutions will cover.  A SYSTEMATIC REVIEW and META-ANALYSIS OF COMMON THERAPEUTIC WORKSHOPS THAT GENERATE THE HIGHEST MUSCLE ACTIVITY IN THE...

END_OF_DOCUMENT_TOKEN_TO_BE_REPLACED

Resistance Training on Quality of Life in Postmenopausal Women with Osteoporosis or Osteopenia.

For Premier Therapy’s medical detective series, we will be covering the effect of a twelve-month Resistance Training on Quality of Life in Postmenopausal Women with Osteoporosis or Osteopenia.  Osteoporosis is a condition that relates to...

END_OF_DOCUMENT_TOKEN_TO_BE_REPLACED

Aquatic Therapy Near Me

Our state of the art Aquatic Therapy Pool will allow patients to increase strength and range of motion while placing minimal stress on the joints. HydroWorx’s underwater treadmill is revolutionizing physiotherapy. The aquatic treadmill...

END_OF_DOCUMENT_TOKEN_TO_BE_REPLACED

JULY IS JUVENILE ARTHRITIS AWARENESS MONTH  That’s right, kids get arthritis. It is a common misconception that only “old” people are afflicted with arthritis. Nearly 300,000 children in America have been diagnosed with juvenile arthritis. Take...

END_OF_DOCUMENT_TOKEN_TO_BE_REPLACED

Scoliosis is an abnormal curvature of the vertebral column. Some instances can require surgery, while some other times can find that most conservative treatments are sufficient. The medical profession generally defines scoliosis as a...

END_OF_DOCUMENT_TOKEN_TO_BE_REPLACED

Effects of Dehydration On The Body

We’ve all been in this situation: you casually mention that you have a headache or that your stomach is upset. Within seconds, someone will inevitably ask “ how much water have you had today?”...

END_OF_DOCUMENT_TOKEN_TO_BE_REPLACED

There are many reasons to start rehab physical therapy in Boca Raton. One of the most common ones relates to back pain. Back pain affects everyone differently. It can vary in range from a...

END_OF_DOCUMENT_TOKEN_TO_BE_REPLACED

Back pain is extremely common and can differ from minor pain to chronic extreme pain. When managed properly, recovery can be possible. Back physiotherapy is by far the best option to find relief from...

END_OF_DOCUMENT_TOKEN_TO_BE_REPLACED 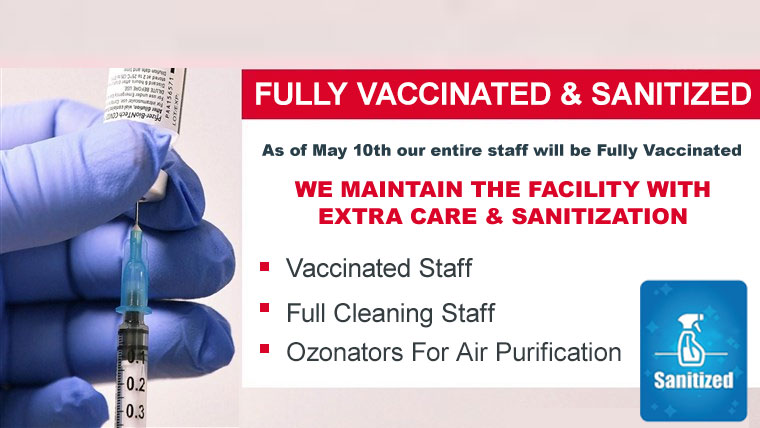